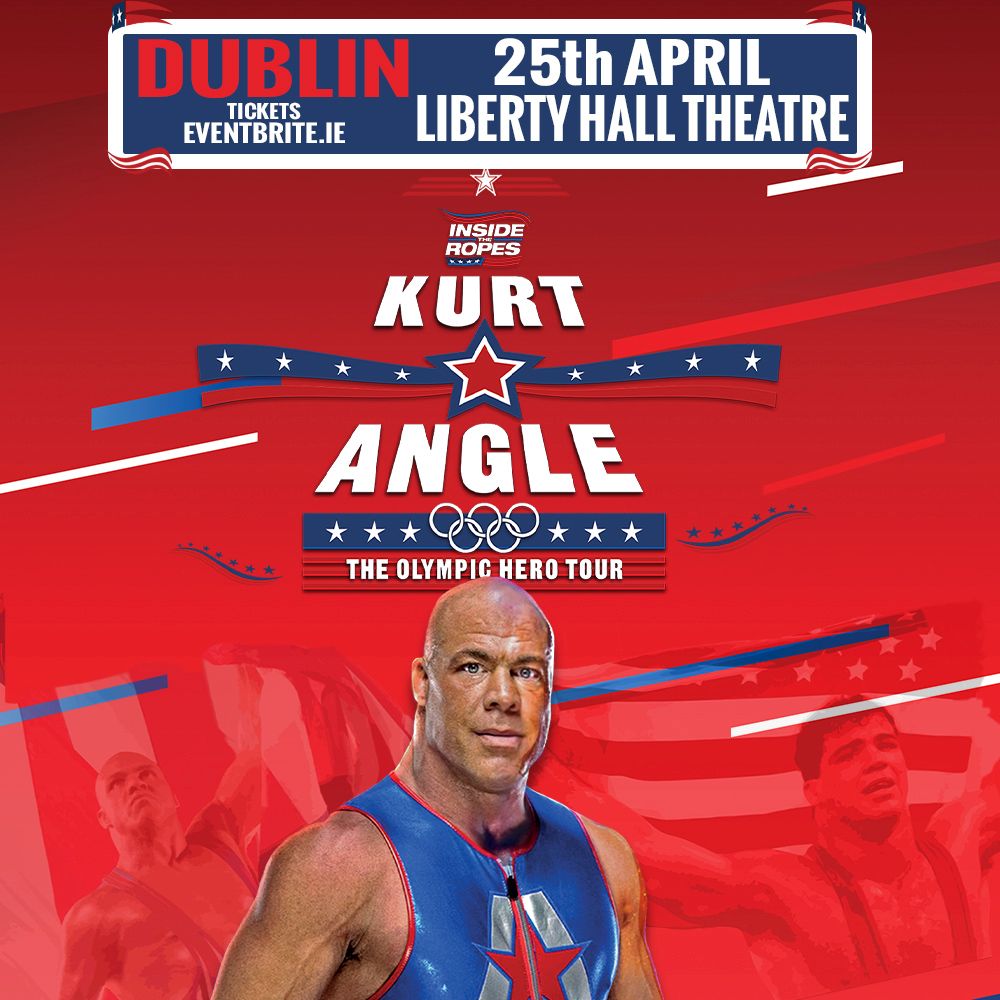 Inside The Ropes Live Presents : The Olympic Hero Tour – An Evening With Kurt Angle Ages 14+. Under 18s to be accompanied by adult.

Kurt Angle is a 14-time professional wrestling world champion, with titles collected in WWE, TNA and Japan. He is in both the WWE and TNA/Impact Hall of Fames, a two-time NCAA Division 1 National Champion, and has also won a gold medal in free style wrestling at the 1996 Summer Games with, as he likes to say, ‘a broken freaking neck.’ At every stop in his career, Angle has reached the top of the mountain and now he’s taking his Three I’s; Intensity, Intelligence and Integrity, to the UK & Ireland as he joins host Kenny McIntosh to take a look back at some of the matches, feuds and moments that turned an Olympic gold medalist into one of the greatest sports entertainers of all time. It’s True. It’s damn true.

Whether it’s as part of the VIP Meet & Greet or simply just coming along to hear The Olympic Gold Medallist on his 25 plus year career, you won’t wanna miss when

Inside The Ropes Presents KURT ANGLE – The Olympic Hero Tour comes to Ireland.

Gold Medal –  VVIP package (limited to 10 people) The package includes:meet and greet with Kurt Angle at 5pm Front Row Seat, 1 Professional Printed Photo,1 Autograph on any item. Entry to the 7.30pm show **Extra Autographs available for purchase in cash on the night.

VIP tickets Meet & greet with Kurt Angle at 5.30pm, priority seating, 1 autographed item of your choice, 1 Professional digital photo with the WWE Hall of Famer, Entry to the 7.30pm show** Extra Autographs and upgrades to printed photo upgrade available on the night

KURT ANGLE – Inside The Ropes Live!