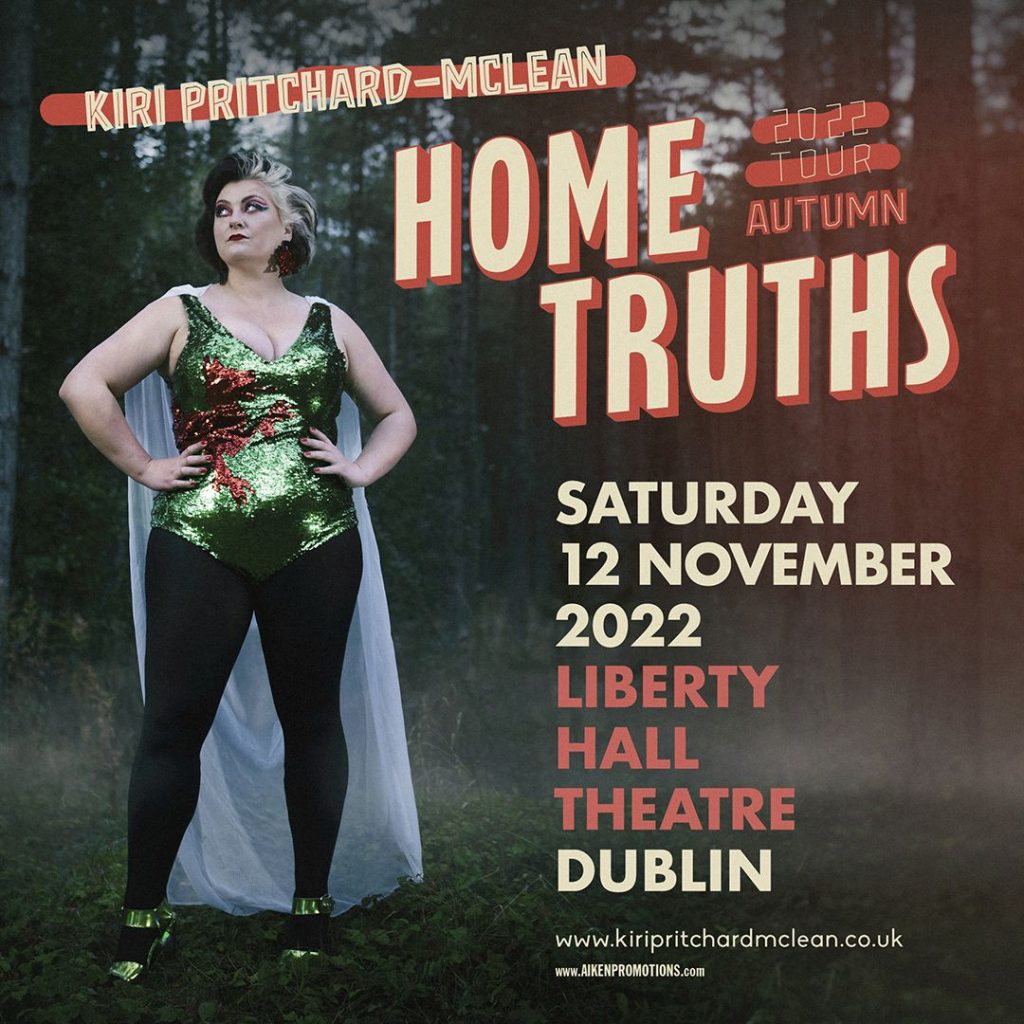 Welsh Comedian Kiri Pritchard-Mclean is a multi award-winning stand up comedian, writer and satirist. Recent television appearances include Live at the Apollo, Have I Got News For You, 8 Out of 10 Cats, Would I Lie To You, The Russell Howard Hour (which she writes on) and she’s a frequent contributor on Frankie Boyle’s New World Order.
During lockdown Kiri hosted ‘Live from the Covid Arms’, which has emerged top of the online comedy gigs during this period and was sighted as a cultural highlight of 2020 by The Telegraph. It has been recognised by the Guinness Book of World Records as the world’s largest online pub; it had 6,215 visitors to it’s online quiz. The Covid Arms has also raised over £140, 000 for food banks and The Trussell Trust.
A regular on BBC radio, Kiri hosted of Newsjack and has appeared many times on The Now Show and the News Quiz. She hosts a weekly show on BBC Radio Wales
Kiri is a writing/ directing member of Foster’s Comedy Award nominated sketch group Gein’s Family Giftshop and retains those roles in the group’s latest reincarnation ‘TAROT’, who are currently working on a Radio 4 Series.
A regular on the live circuit, Kiri’s last show “Victim, Complex” toured to great success following a sell out Fringe run. In one of her many 5 star reviews, the Independent described her as ‘very funny and incisive, creating a few-holds-barred sense of big night out entertainment.’
Kiri is a co-creator and co-host of both the All Killa No Filla podcast and Who are you Wearing. All Killa No Filla is a podcast about serial killers that has a gigantic following worldwide. Co hosted with Rachel Fairburn, the podcast’s live adaptation sold out The Leicester Square Theatre in minutes and toured the United States. Who are you Wearing is an in depth interview show that sees Kiri talking to a selection of high profile guests from all walks of life about fashion and style.