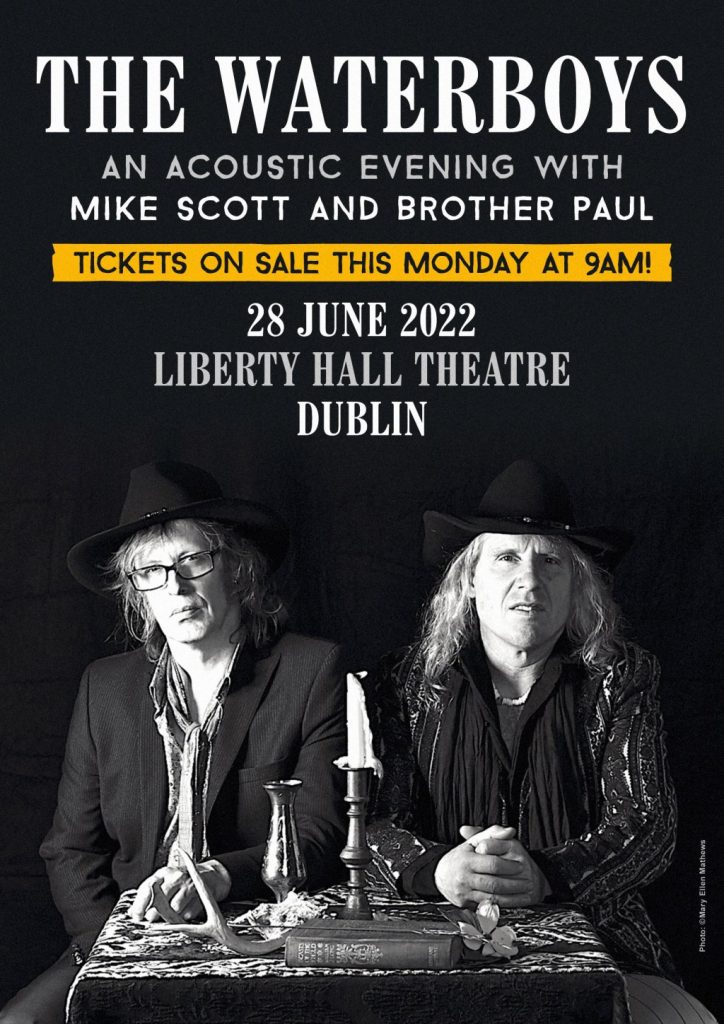 Few bands have as great a live reputation as Mike Scott’s Waterboys. From the days of This Is The Sea through the mix of Celtic and Americana on their classic Fisherman’s Blues, to the brilliant shows accompanying the last decade’s run of in-form albums, The Waterboys have blended inspiration, tightness and improvisation to reach heights of performance few other acts can.  One of the reasons for this is the constant change in not only the band’s styles of music but in its line-up.  Over eighty members have served as live Waterboys since their first show in 1984.

This Spring will see yet another iteration: a new and unique two-man version of the band will play a handful of shows to coincide with the release of their new album All Souls Hill.  The mercurial Scott will be joined by longterm Waterboys keyboardist and Memphis great Brother Paul. They promise to reconfigure Waterboys music in a new and intimate shape, before rejoining the rest of the current band for full-scale shows through the summer and Fall.

Don’t miss what will be some rare and very special shows.

The Waterboys An Acoustic Evening With Mike Scott and Brother Paul