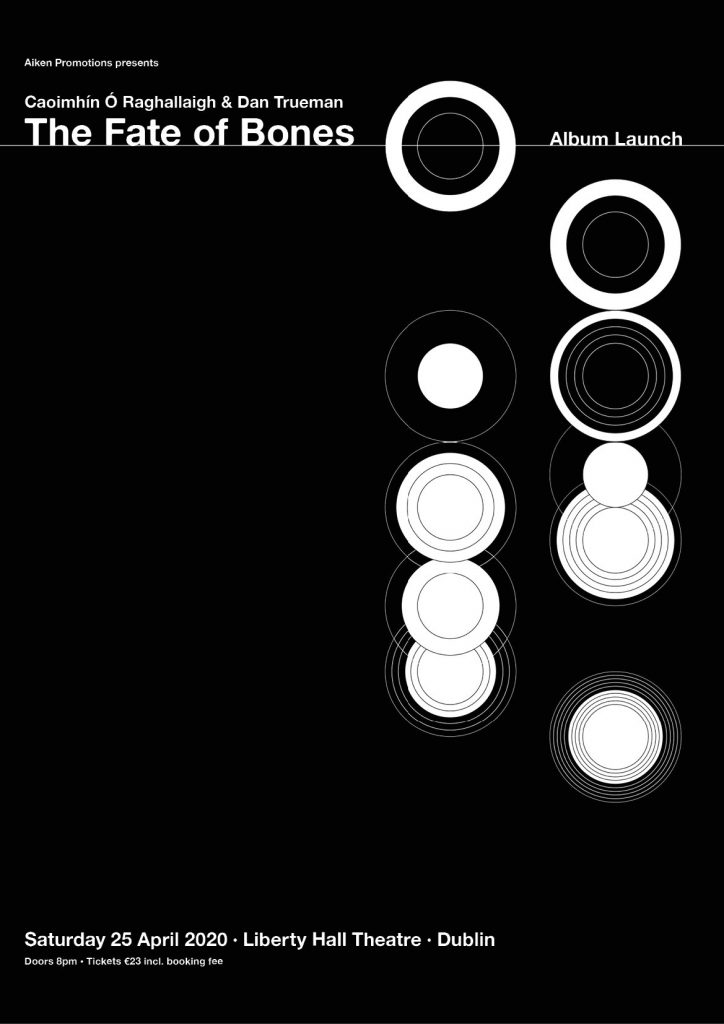 THE FATE OF BONES – LAUNCH

In 100 years time, their instruments will be splintered, their names forgotten, their digital downloads will long since have disappeared. But today, we are announcing ‘the Fate of Bones’, the new album from Caoimhín Ó Raghallaigh (The Gloaming) and Dan Trueman (Princeton University). It will be released in April 2020 and will feature 12 tracks of music they have co-written on their 10-string fiddles. They will perform live at Liberty Hall Theatre, 25th April 2020. Tickets go on sale this Friday, 28th February at 9AM.

This new album follows their 2014 release ‘Laghdú’ (★★★★★ THE IRISH TIMES), which introduced the world to the unique sound of their two 10-string Hardanger d’Amore fiddles.

The design studio Distinctive Repetition are rethinking what album artwork could be for this album: the artwork will become part of the performance, a piece of art to provoke interaction, stimulation, meditation. This same artwork also becomes a message in a bottle to a future generation, partly inspired by the Voyager Golden Record’s aim of communicating to unknown races across vast distances of space.

There will be performances in New York, Cork, London, Paris, Princeton and Dublin throughout March and April. Caoimhín & Dan will also be sharing one or two tracks in advance of the album’s release over the next few months.

Keep track of it all at www.thefateofbones.com