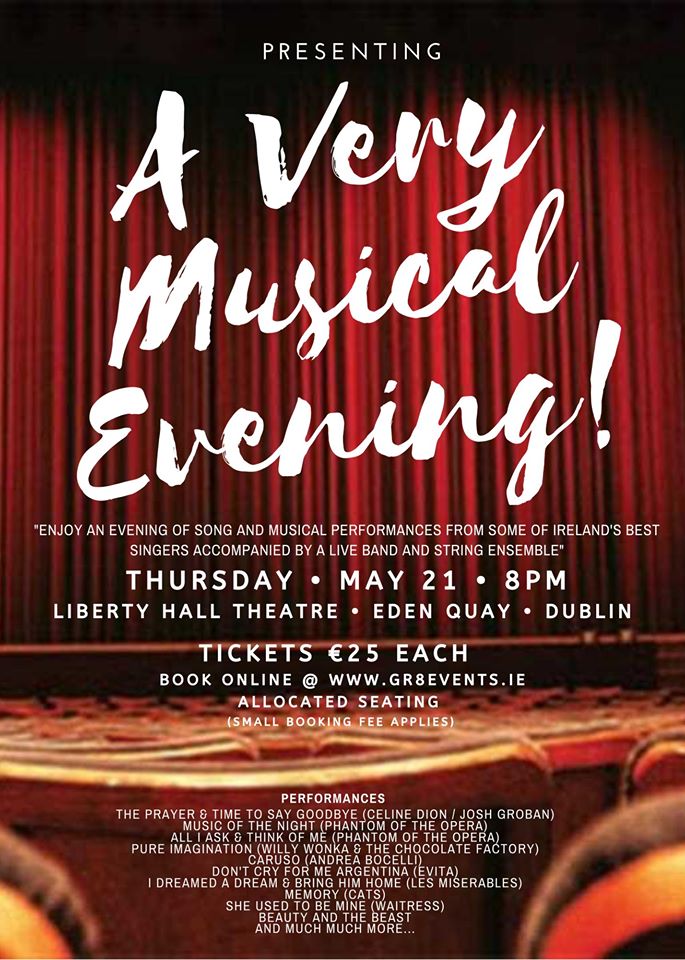 Alan Fitzsimons is an Irish singer, songwriter whom is known for his velvet tenor voice. Alan’s voice can been described as a blend of Josh Groban, Andrea Bocelli and Sam Smith with having an incredible vocal range. Along with many years performing at charity events to raise funds for St. Francis Hospice & The Ross Nugent Foundation, Alan was a top finalist in the IMRO Christy Hennessy 2015 Singer Songwriter Song Contest and has over 25 years experience in the music industry.

Vanessa Whelan is a classically trained operatic soprano with a beautiful flawless voice that has captivated audiences throughout Ireland. Vanessa has achieved huge success competing and winning in state competitions like Fieseana and was also a finalist in the first series of ‘The Voice’. Vanessa is also very active in performing a various charity events like The National Heard Foundation, MND Ireland & St. Patrick’s Hospital to name but a few.

Antionette Dunleavy described as ‘The Real Deal’ by Grammy Award winning music producer David Morales. Antoinette is a soul, contemporary vocalist and songwriter from Dublin Ireland. Performing on a regular basis with ‘The Stars from The Commitments’ both nationally and internationally. Antionette really shines when performing live and leaves audiences captivated when she sings.

Enjoy music from: “The Prayer and  Time to Say Goodbye” (Celine Dion/Josh Groban), “Music of the Night” (Phantom of the Opera),  “All I ask” and “Think of Me” (Phantom of the Opera), “Pure Imagination” (Willy Wonka & the Chocolate Factory), “Caruso” (Andrea Bocelli), “Don’t Cry for me Argentina” (Evita), “I Dreamed a Dream” and “Bring Him Home” (Les Miserables), “Memory” (Cats), “She Used to Be Mine” (Waitress), “Beauty and the Beast” and much more.