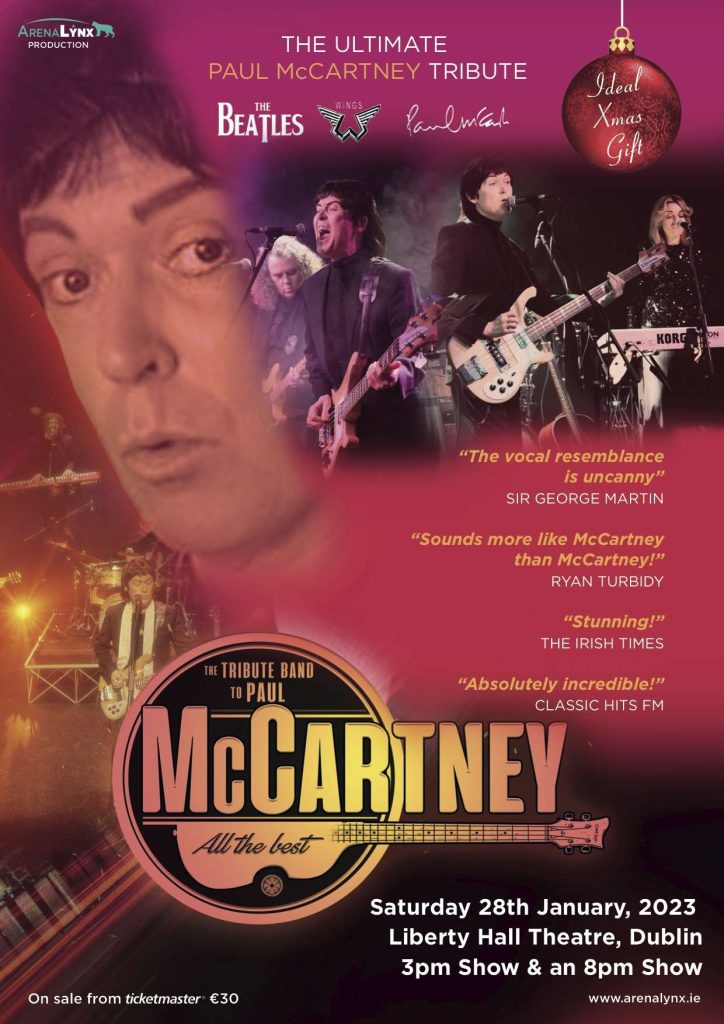 There is nothing better than  a fantastic live music show to get us all back to living again .

Arena Lynx is delighted to have produced  this superb premium  show “McCartney All The Best ” celebrating the amazing songs and music of the living legend Sir Paul McCartney ,The Beatles and Wings.

From start to finish  ” McCartney All The Best” show features hit after hit . Guaranteed to please all dedicated fans of The Beatles,and let’s face it everybody knows the songs .

Recently the Disney channel streamed the hugely popular  documentary “Get Back ”  about The Beatles which has created a revival and more interest in The Beatles,as well as attracting a new and younger fan base.

This professional live band “McCartney All The Best”  is fronted by Fran King (who played Paul in the Classic Beatles tribute band for 26 years ) . Fran King on two occasions has worked and performed with the fifth Beatle Sir George Martin .

McCartney All The Best