Well, What Did You Expect?

Karl Spain has long been established as one of Ireland’s most popular comedians, from his own tours and touring with others, and has appeared at festivals all over the world. Karl has worked with some of the world’s greatest comedians ( his peers ahem, cough).

Karl has spent most of 2022 touring with Kevin Bridges because Kevin finds him very funny – or because Kevin uses Karl to remind him to keep the weight off. Hopefully the former.

Karl has written for lots of comedians over the last decade or so, so you have been laughing at his jokes even when you didn’t realise it. But he has kept all the best jokes for himself. 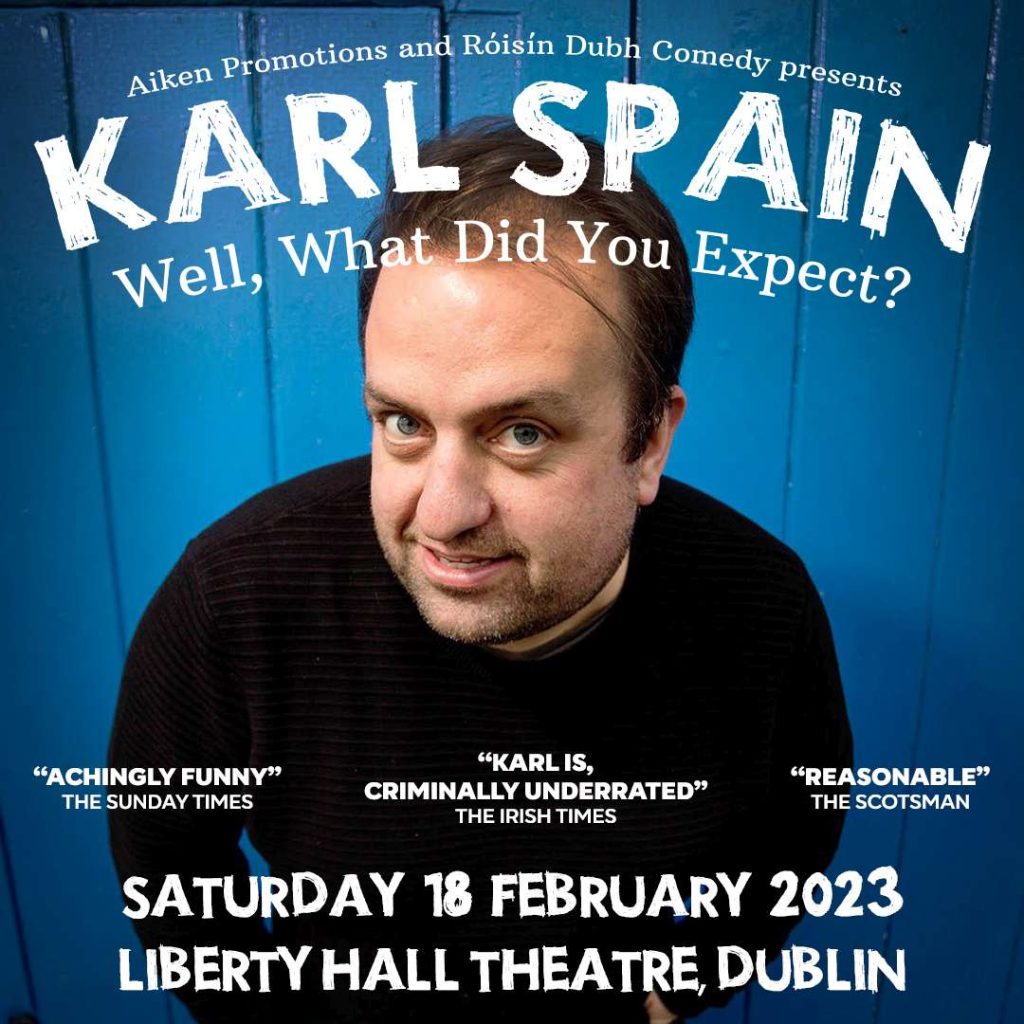 In his new show ‘Well, What Did You Expect?’ Karl talks about how we are where we are and how to solve all the world’s problems.

Catch it in VENUE DETAILS on DATES – or the Taliban win.

“His quick wit will leave you gasping” – Evening Standard

“A delight to be in the same room” – Independent

“The audience were in the palm of his hand” – Metro

“See him now before he gets too big” – Three Weeks

“The future of Irish comedy is in safe hands” – Hot Press

“Reasonable” – The Scotsman (…but what do they know)