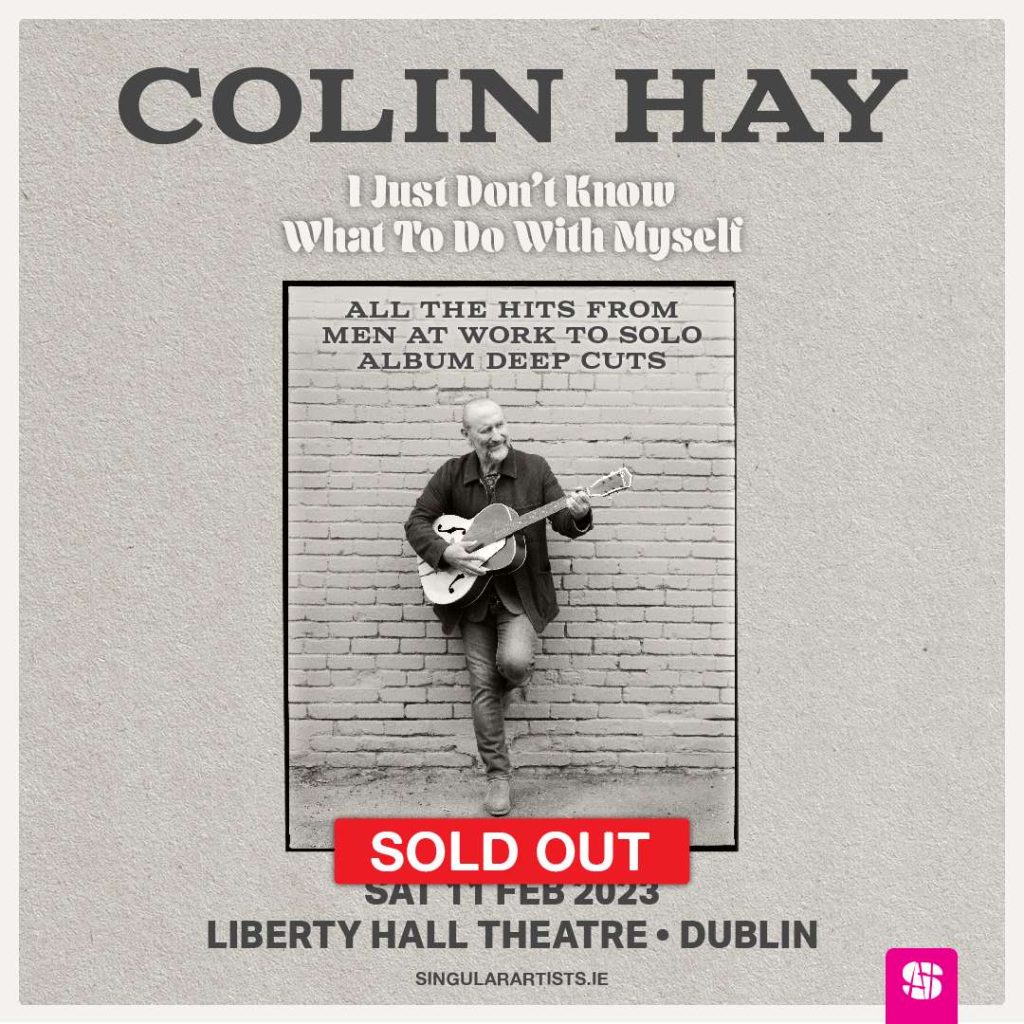 Colin Hay was born in Kilwinning, on the South-West coast of Scotland, on June 29, 1953. For the first 14 years of his life, he lived in the nearby town of Saltcoats, where his parents owned a small music shop, before the family emigrated to Australia in 1967.

From the age of 14, though still at school, Colin began writing songs, playing guitar and singing in folk clubs wherever he could. During his last year at school, Colin met Kim Gyngell (who went on to become a successful stage and film actor), who introduced Colin to both Greg Ham and Jerry Speiser, who became members of Men at Work some years later.

Colin pursued and completed an arts degree at Latrobe University during the 70’s, and decided thereafter to strive for a life in writing, recording and performing music.

Colin met Ron Strykert in 1977, which became the nucleus of Men at Work who formed in the middle of 1979, and went on to become a multi platinum selling music act, winning a Grammy for best new artist in 1982.

The original band was short lived however and from 1985 onwards Colin Hay became primarily a solo music artist.

He has written and released some 13 solo albums, the latest being “I Just Don’t Know What To Do With Myself” an album of cover material, released through Nashville-based Compass Records, who Colin has worked with since 2003.

He has a new album of original material due for release in early 2022.

Colin is also a touring member of Ringo Starr’s All Starr Band who are due to restart touring in 2022.

At the present moment Colin is finishing a tour with his band of L.A. based musicians, and will soon be preparing for a heavy tour schedule in 2022, in concert with the release of his newest album.