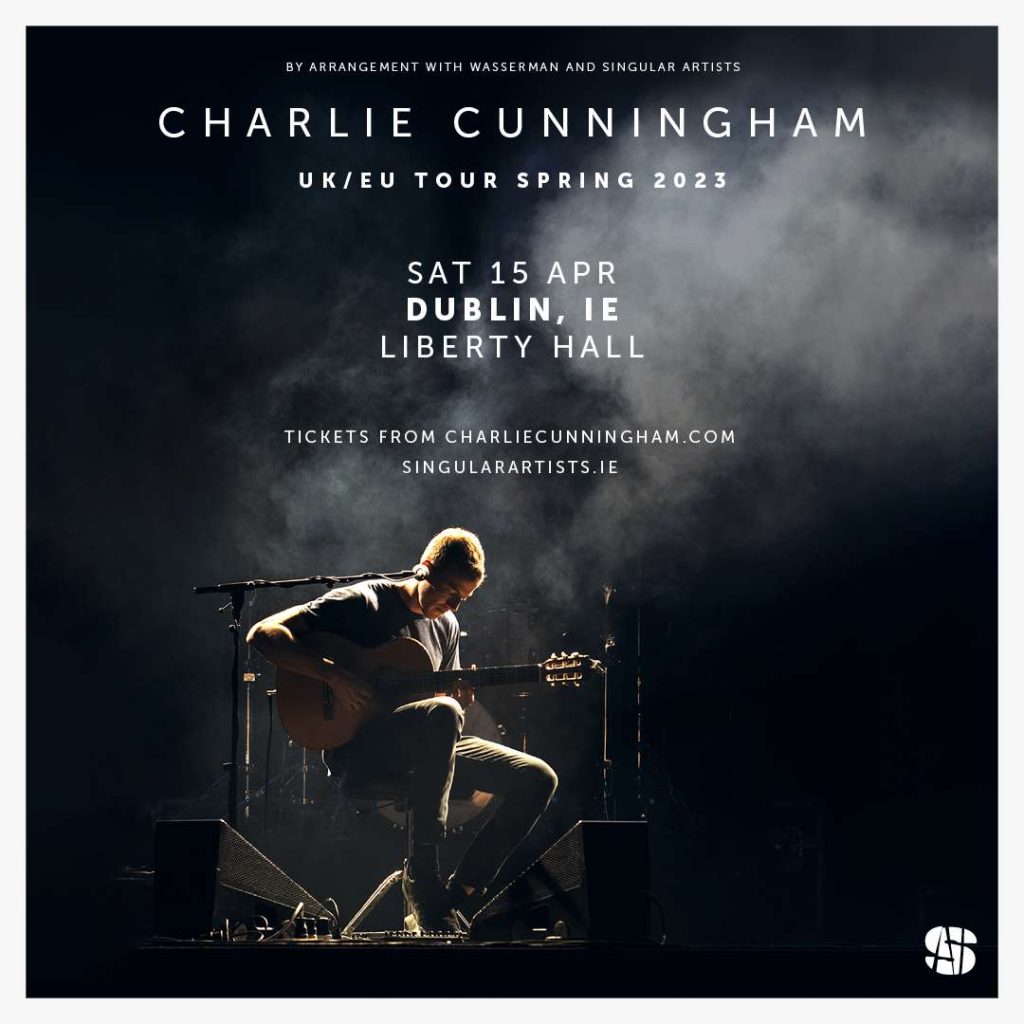 Charlie Cunningham has emerged as a truly ‘’under the radar’’ success story. He has already achieved over half a billion streams and is fast approaching his 500th performance. At home in the UK he has headlined London’s iconic Queen Elizabeth Hall, while his fanbase has grown completely organically outside of the UK with Charlie becoming a regular fixture in Europe’s most prestigious concert halls. It’s easy to understand his broad appeal. Splitting his time between melancholic piano and the insistent pulse of nylon string guitar, Charlie delivers characterful songs both restrained and joyfully expressed. Add his warm, evocative voice and something timeless and exhilarating falls into place.

Now Charlie Cunningham returns with the announcement of his eagerly anticipated third album ‘Frame’; to be released 31st March 2023. He launches the album alongside its lead single ‘So It Seems’ and also a major UK and European headline tour for 2023.

His most ambitious album to date, ‘Frame’ sees Charlie expand upon his singer-songwriter roots with an album of lush, delicate songs brimming with poised references to art rock, golden era jazz, and neo-classical composition – all the while maintaining his masterful pared-back and clear-eyed musicality.