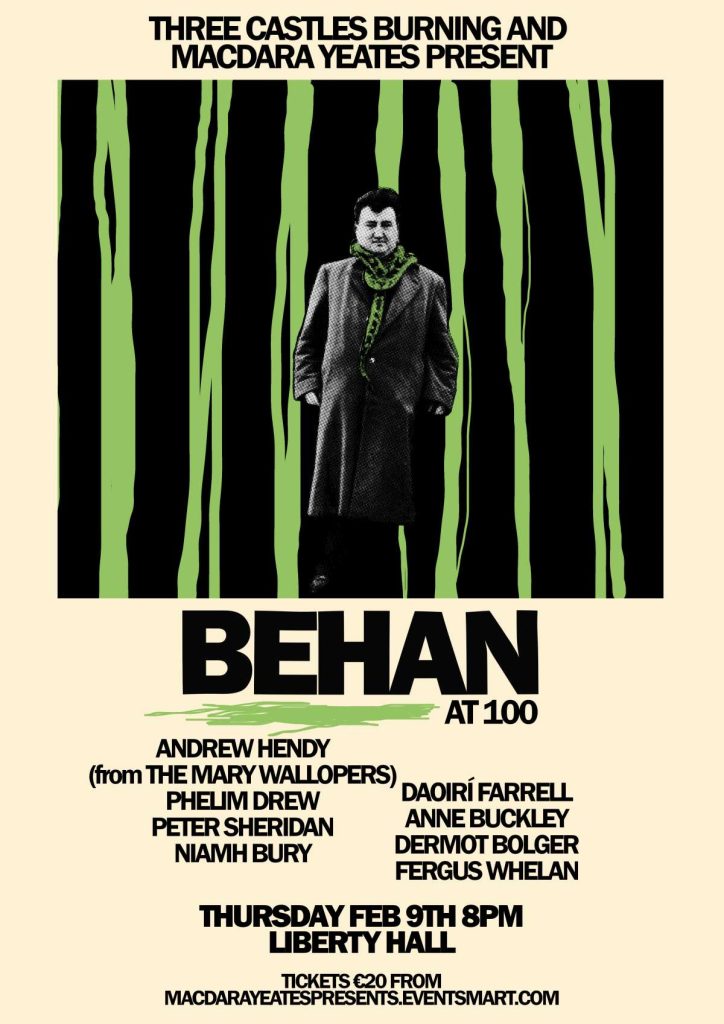 Behan at 100: Songs and Stories is an evening of discussion, literature and music celebrating 100 years since the birth of one of Dublin’s most iconic writers, Brendan Behan.

Hosted by historian and podcaster Donal Fallon (Three Castles Burning), the centenary event delves into the many faces of Behan; his radical family background, his early days of imprisonment in borstal, his beginnings as a writer, and his eventual success on Broadway and London’s West End as one of Ireland’s most recognisable literary exports. Throughout the evening, discussion will be punctuated by live readings of Behan’s work, covering everything from his short stories, poetry and novels to his world-renowned plays The Hostage and The Quare Fella, as well as music from the rich Behan family tradition, including songs from; his uncle Peadar Kearney, republican soldier and acclaimed writer of The Soldiers Song/Amhrán na bhFiann; his brother Dominic Behan, celebrated balladeer and writer of The Patriot Game, and his mother Kathleen Behan, traditional singer known as ‘Mother of all the Behans’ whose music was a key influence on her literary family.