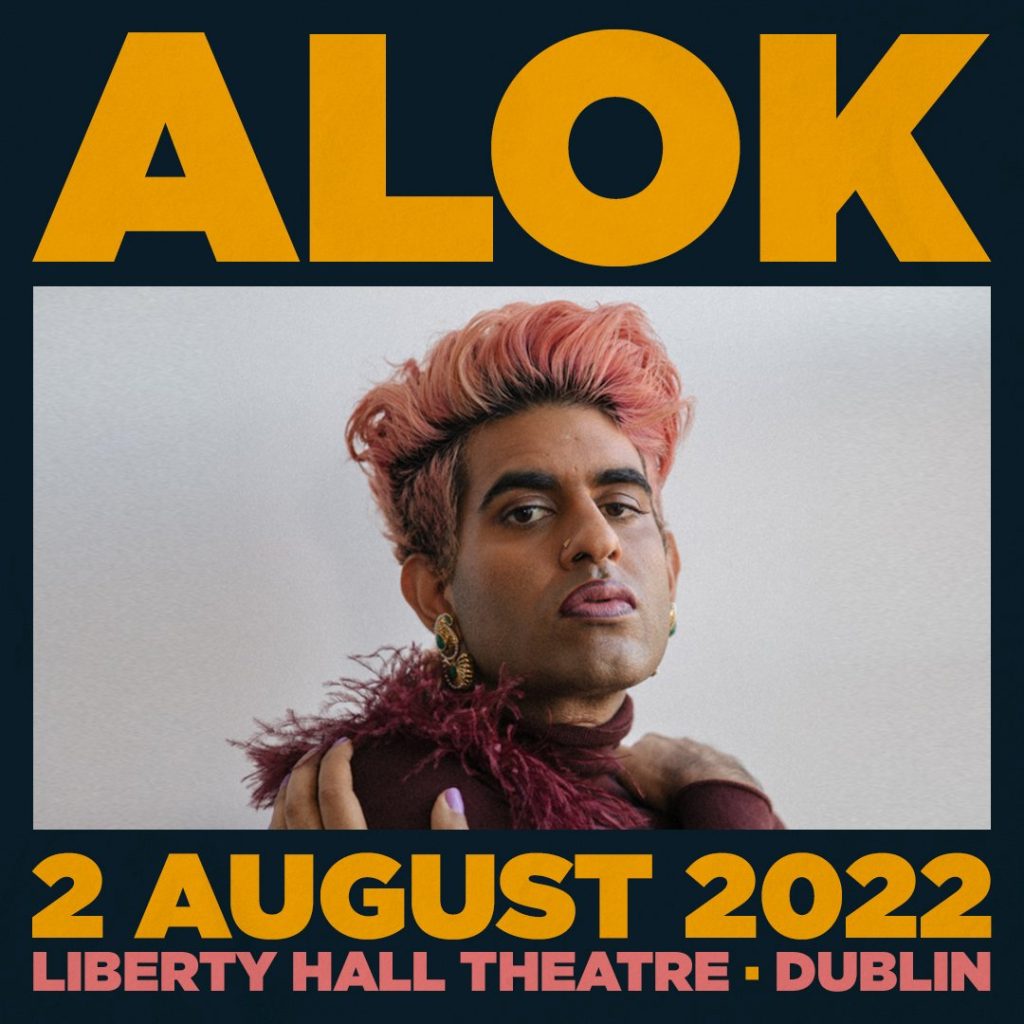 ALOK (they/them) is an internationally acclaimed transfeminine writer, comedian, performer, fashion icon, activist and public speaker. ALOK was one of the headliners for a sold out show at the New York Comedy Festival in 2021 and will be headlining at the Just for Laughs Festival in Vancouver on Thursday, May 26th and will perform at the Soho Theatre in London later this year. They are also opening for Jonathan Van Ness on tour in the Spring.

They have performed at more than 600 venues in more than 40 countries. They are known for a distinctive performance style that integrates poetry, comedy and lecture to explore themes of trauma, belonging and the human condition.

On screen, they can currently be seen on the Netflix docu-series GETTING CURIOUS WITH JONATHAN VAN NESS. They have appeared in HBO’s late-night sketch series Random Acts of Flyness and the 2016 documentary The Trans List. ALOK is also the creator of the #DeGenderFashion movement, which they brought into the spotlight at the Business of Fashion Voices Conference in 2019.

ALOK also wrote Beyond the Gender Binary, which has been described as “a clarion call for a new approach to gender in the 21st century.” The book, based on their own experiences as a gender non-conforming artist, was published by Penguin Random House in June 2020.

They have been recognized on NBC’s Pride 50 list of influential change makers in the LGBTQ community, HuffPo’s Culture Shifters and Business Insider’s Doers, among many other accolades.