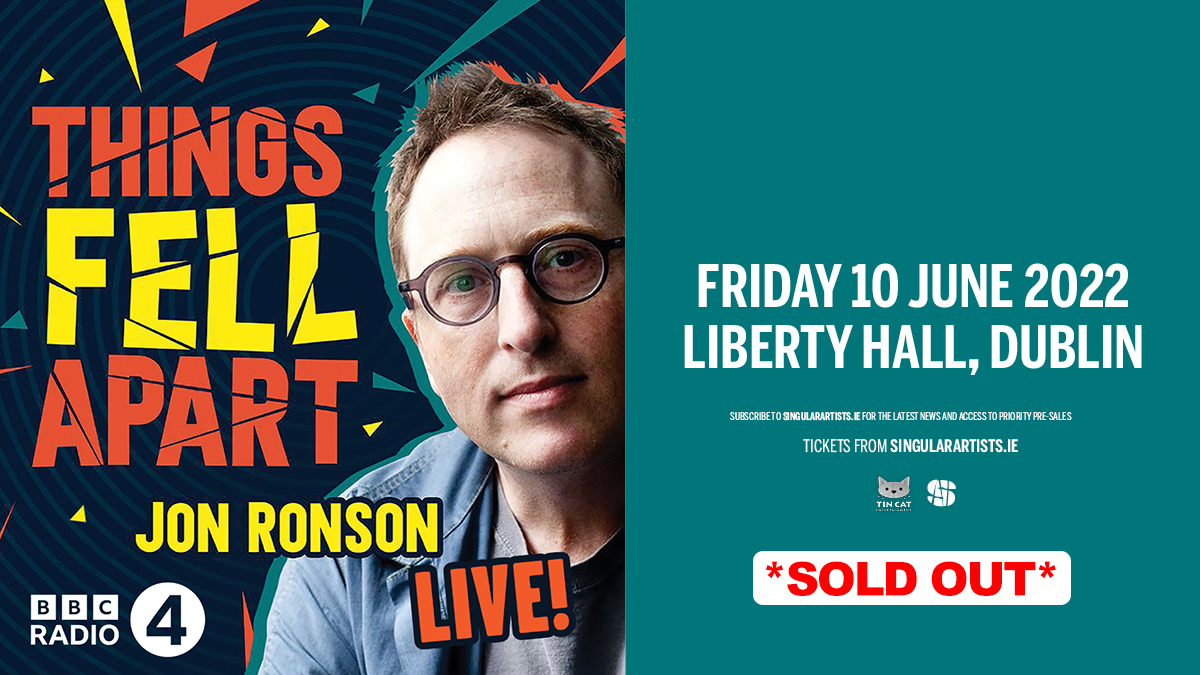 These past few years Jon has watched friends get caught up in the online culture wars to such a degree they’ve lost everything – their careers, their wellbeing. And by culture wars, Jon means the battle for dominance between conflicting values. Jon wanted to understand how things fell apart, and so he went back in time to find the origin stories, the pebbles thrown in the pond creating the ripples. He had no idea how unexpected, how spellbinding, those tales would be.

PRESS ON THE LIVE SHOW:

“Few people have such an infectious enthusiasm for the intricacies of the human mind as Ronson, nor such a genuine desire to unpick society’s problems.” – City A.M.

“Ronson’s natural charm and humour, combined with his characteristic soothing cadence and easy style, has the audience enthralled for the entirety of Things Fell Apart: Live…” – Bristol 24/7

PRAISE FOR THE PODCAST:

“The episodes start in such obscure places and take such unexpected turns that each one is a revelatory listen.” – The Royal Television Society