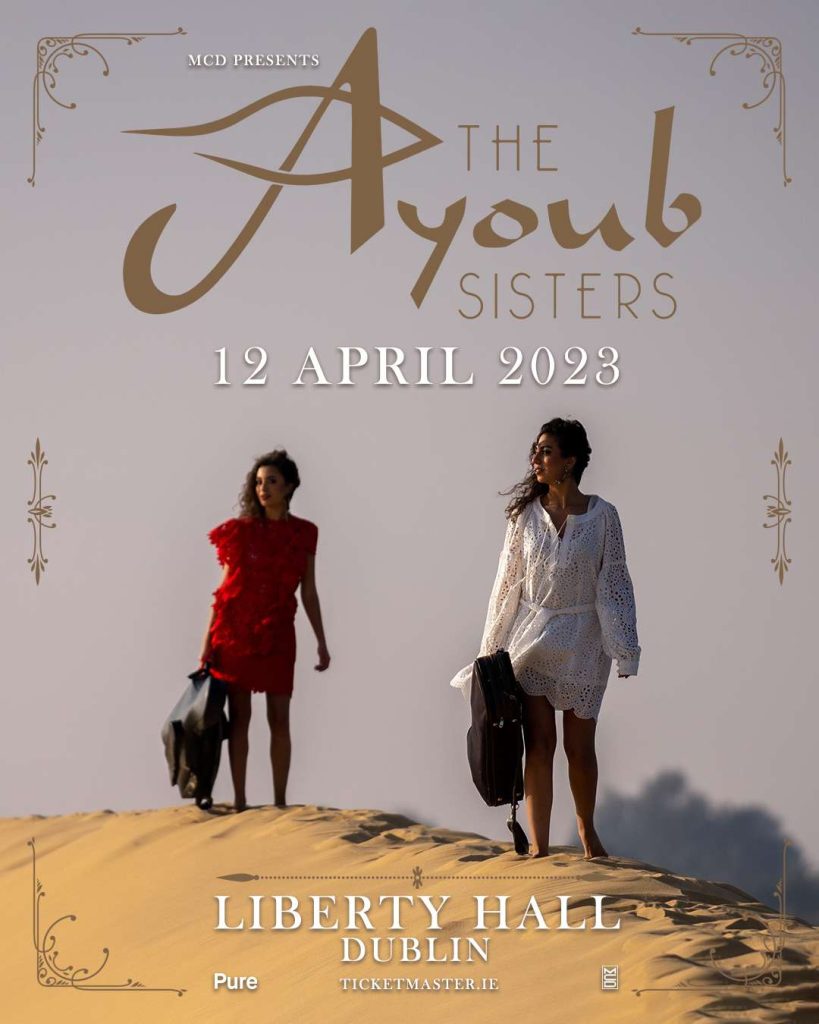 Ahead of the release of their brand new album Arabesque, Scottish/Egyptian instrumentalists and composers The Ayoub Sisters have announced a brand new Irish show for Liberty Hall for 12th April 2023.

Tickets from €19.50 including booking fees on sale Wednesday 5th October at 10AM

The Ayoub Sisters rose to stardom after their debut album premiered at No.1 in the Official Classical Charts. The sisters are recognised internationally for their chemistry on stage, as well as their ability to unite different musical genres and cultures together through their unique compositional style.

Recipients of the Arab Women of the Year award (2019), The Ayoub Sisters are proud to present their brand new album Arabesque – a celebration of and tribute to music from the Arab World, which shot to No.1 in the iTunes Classical Albums Chart.

They have performed across the UK, Europe, Middle East and Asia with highlights including appearances at the Royal Albert Hall, London Palladium, The Cairo Opera House and Dubai Opera. With an international YouTube following of over 100k subscribers, The Ayoub Sisters are fast becoming the sound and faces of a truly exciting new generation of classical and crossover artists.

Join award winning instrumental duo The Ayoub Sisters for an evening of live music including songs from their brand new album, Arabesque. The Ayoub Sisters will be joined on stage by renowned Jazz musicians: guitarist Giulio Romano Malaisi and percussionist Daniele Antenucci.