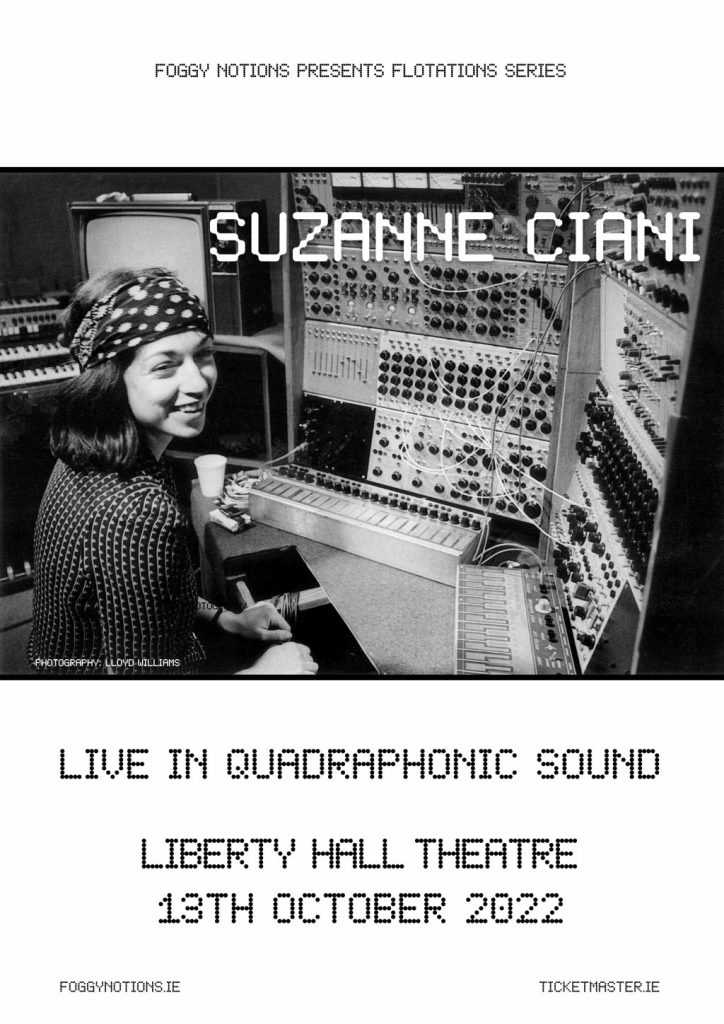 Suzanne is a five-time Grammy award-nominated composer, electronic music pioneer, and neo-classical recording artist who has released over 20 solo albums including “Seven Waves,” and “The Velocity of Love,” along with a landmark quad LP “LIVE Quadraphonic,” which restarted her Buchla modular performances. Her work has been featured in films, games, and countless commercials as well.

She was inducted into the first class of Keyboard Magazine’s Hall of Fame alongside other synth luminaries, including Bob Moog, Don Buchla and Dave Smith and received the Moog Innovation Award. Most recently, she is the recipient of the Independent Icon Award from A2IM.

Suzanne has provided the voice and sounds for Bally’s groundbreaking “Xenon” pinball machine, created Coca-Cola’s pop-and-pour sound, designed logos for Fortune 500 companies, and carved out a niche as one of the most creatively successful female composers in the world. A Life in Waves, a documentary about Ciani’s life and work, debuted at SXSW in

2017 and is available to watch on all digital platforms.

Ciani is a graduate of Wellesley College and holds a Masters in Music Composition from the University of California, Berkeley.