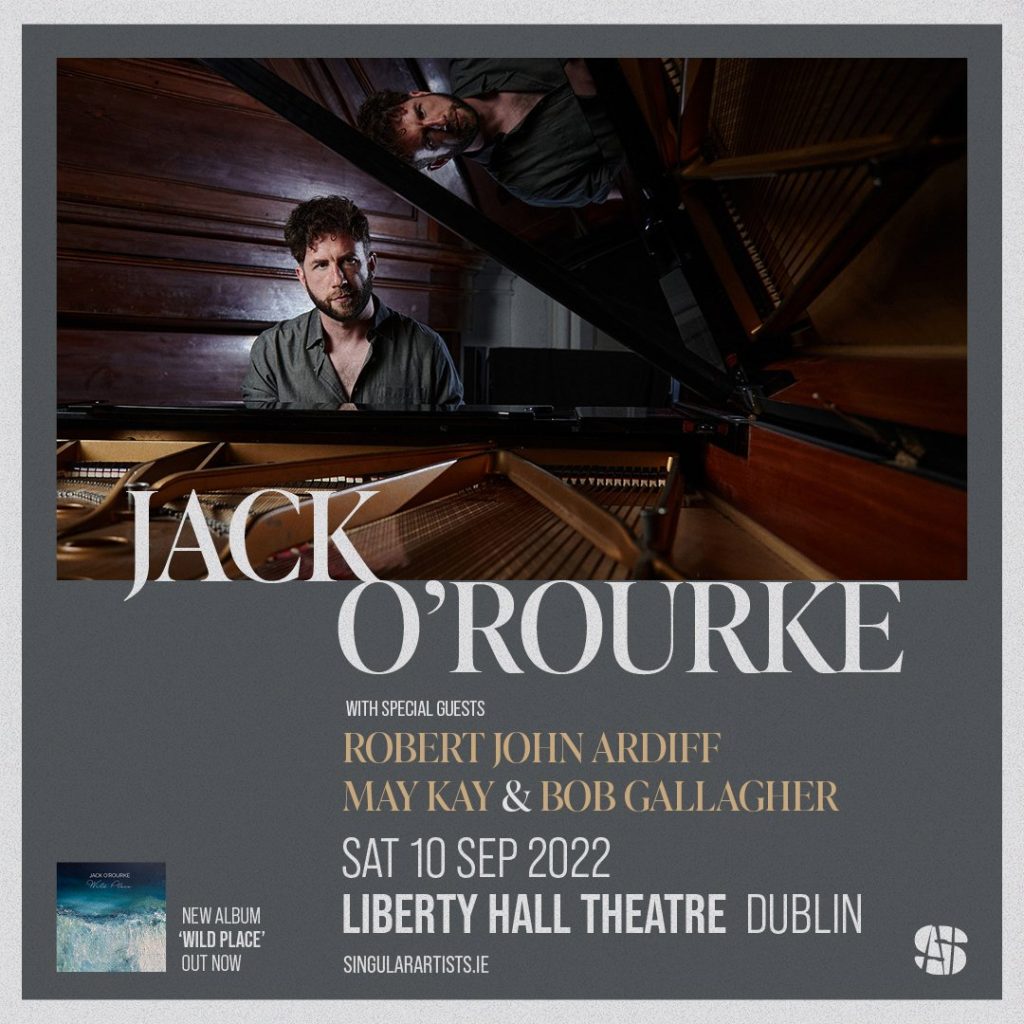 Following his sold out show at The Unitarian Church and his Choice Prize Song of the Year nomination, Jack O’Rourke will perform at The Liberty Hall Theatre, 10th September ‘22.

Wild Place is Jack’s first release since 2019’s Ivory Towers and the first full album release since his acclaimed debut, Dreamcatcher, which entered the Irish Top 5. In the intervening years Jack has established himself as one of Ireland’s finest songsmiths and a live favourite.

Jack teamed up with members of Crash Ensemble, Clare Sands, Hugh Dillon and Aisling Fitzpatrick to record Wild Place, with a live quality brought to the songs by Ber Quinn’s mixing. Jack’s long-standing drummer, David Ryan, produced the album, despite not using drums on any of the tracks and it was mastered in Canada by Philip Shaw (Feist and Bon Iver).

The first four singles from Wild Place have received extensive airplay on the country’s airwaves and the tour has thus far, sold out venues across the country. A captivating  live performer, Jack will bring the music of Wild Place to life doing what he loves best – seated at a piano with his band, and sharing some of his moving and sublime songs with his audience.