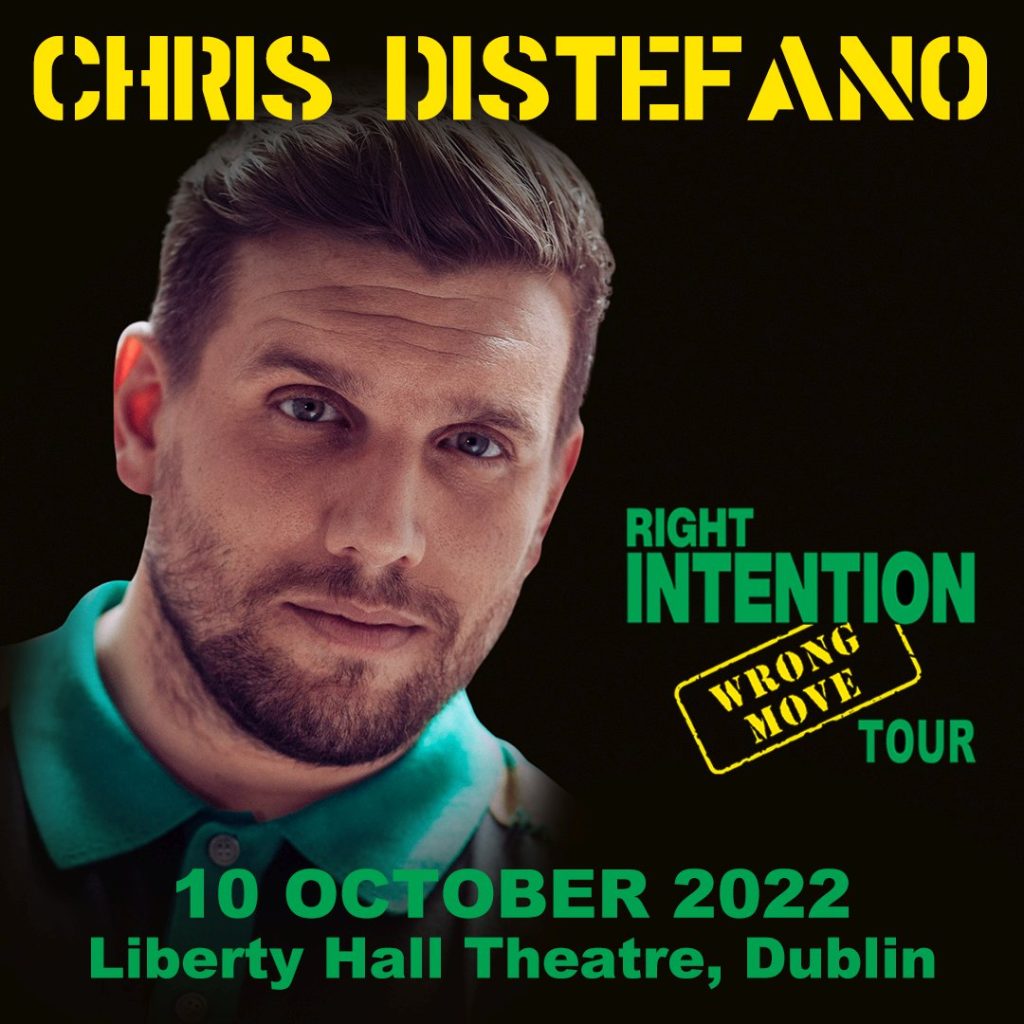 Chris Distefano is one of today’s biggest and most beloved names in comedy. Chris quickly rose to success after being named the funniest person on MTV for his show-stopping performances on the Guy Code/Girl Code series. From there, he went on to star in IFC’s Benders, co-host the Netflix gameshow Ultimate Beastmaster, and even had his own CBS sitcom. Outside of television, Chris has also become one of the most respected and flat-out funniest comedians in the standup world. Fresh off his appearances on The Late Show with David Letterman and Late Night with Seth Meyers, Chris released his Comedy Central special 38 Waist, which perfectly encompassed both his Brooklyn-born edge and nice-guy charm.

When Chris isn’t on stage delivering his gut-busting jokes, you can catch him in his element in the comfort of his own couch where he records his wildly successful podcasts, “Chrissy Chaos” and “Hey Babe”, alongside Impractical Jokers’ Sal Vulcano. Both podcasts are among the most popular on all streaming platforms and have massive followings on Patreon. A big sports fan, Chris has been fortunate to host episodes of shows including MLB’s Off The Bat and MSG’s The Brackets, and was invited by the New York Mets to throw the first game pitch in 2021. Chris has a fearless, yet endearing stage presence, and his natural ability to connect with audiences around the world has made him a household name in not just comedy, but all of entertainment. Since selling out the world-famous Beacon Theater in New York City, Chris continues to travel the US on a sold out comedy tour, entertaining thousands by poking fun at the world—and himself—with his uniquely warm energy. Chris’ second full-length special, Speshy Weshy, premiered on Netflix this past May.