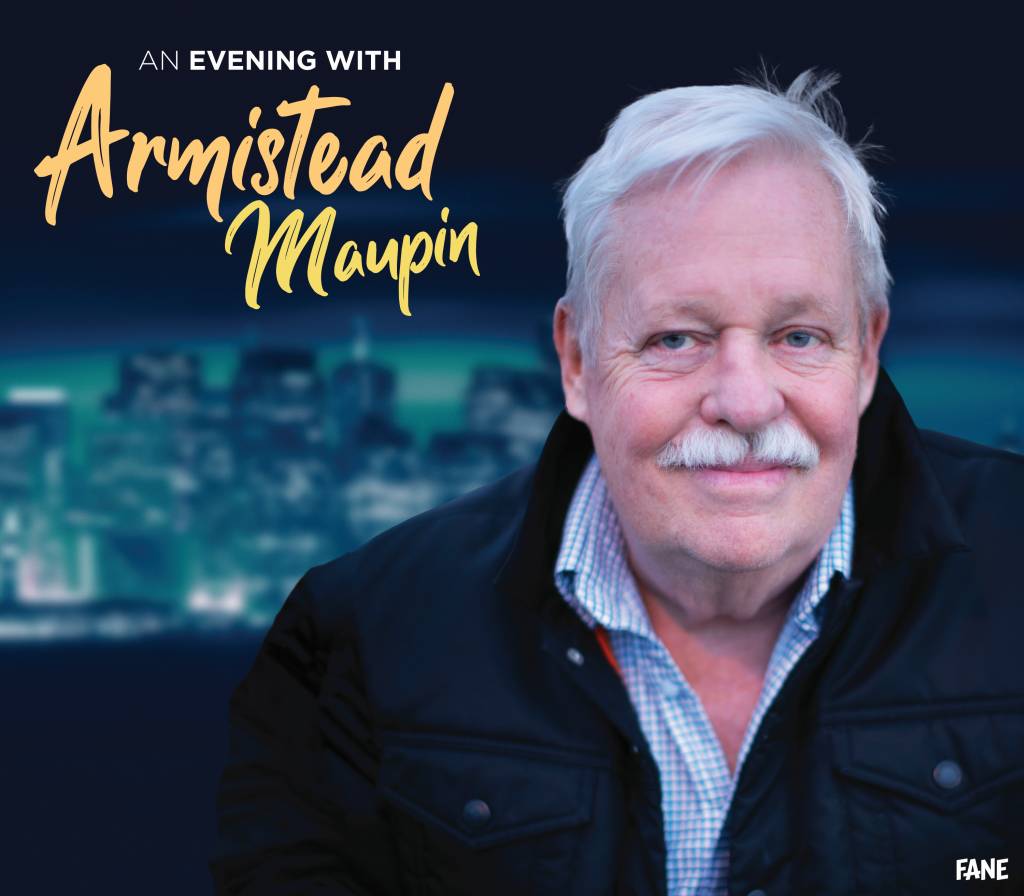 Following a successful UK tour in 2019, bestselling, much-loved author and LGBT activist, Armistead Maupin, is heading back out on the road.

Maupin has been blazing a trail through US popular culture since the 1970’s, when his iconic and ground-breaking series Tales of the City was first published as a column in the San Francisco Chronicle. The novel series has been taking the literary world by storm ever since, and was recently adapted by Netflix into a critically acclaimed series, starring Laura Linney, Olympia Dukakis and Ellen Page.

Don’t miss the chance to join America’s ultimate storyteller, as he recounts his favourite tales from the past 4 decades, offering his own engaging observations on society and the world we inhabit.

Rory O’Neill, AKA Panti Bliss, will be Armistead Maupin’s Special guest interviewer for this event.