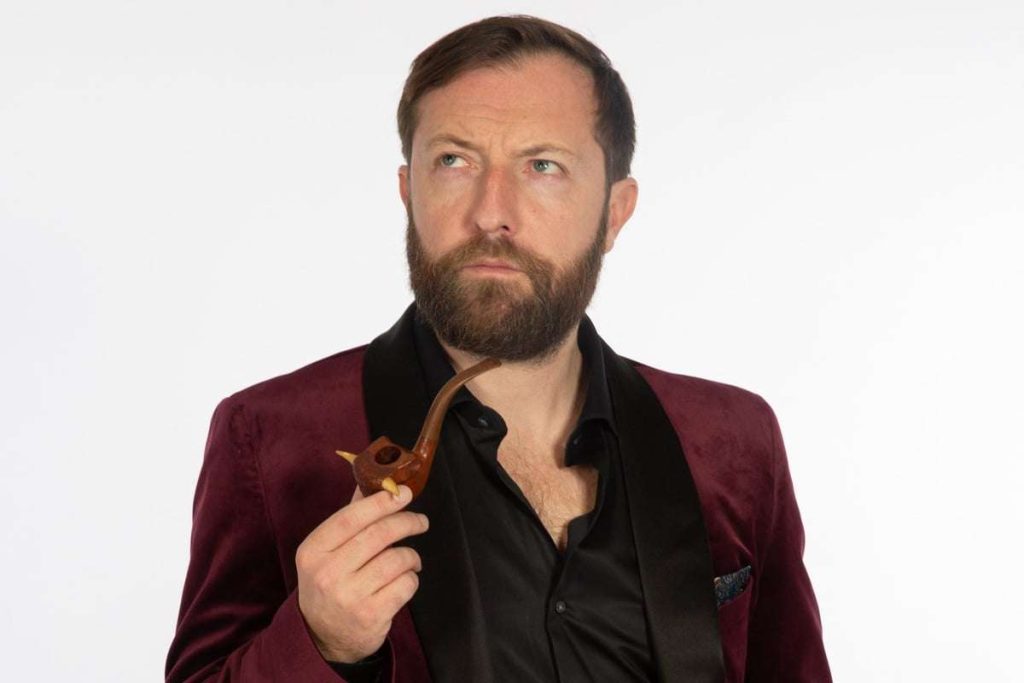 He’s the winner of the Time Out Award for Best Live Comic, Chortle’s Best Live Comedian and Channel 4’s King Of Comedy. As seen on Live at the Apollo, I’m a Celebrity… Get Me Out of Here, Have I Got News For You, QI, Mock the Week and the winner of Celebrity Mastermind. Andrew Maxwell is also the voice of MTV’s Ex On The Beach.

Throughout his career, Andrew has enjoyed many sell-out seasons at the Edinburgh Festival Fringe, most recently in 2022 with KRAKATOA, which was met with critical acclaim – and will be coming to venues across Ireland this April 27 – 30.

KRAKATOA is a genius metaphor for everything going on in the world right now, and as terrible as it is, thank God for Andrew Maxwell. You can catch this new show in Galway on April 27, Cork on April 28, Dublin on April 29 & Belfast on April 30.

“…a master-class in mirth. Sublime timing, relaxed delivery style, killer punch-lines: the holy trinity of stand-up are all present and correct. Go see a craftsman at work” – HERALD *****

“… at the top of his game. Thoroughly entertaining and full of intelligence and passion” – EDINBURGH FESTIVAL MAGAZINE *****

“A consummate performer, he’s still streets ahead of many of his contemporaries and as such, is always a must-see” – THE EUROPEAN ****