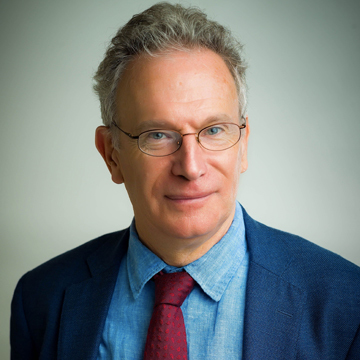 ‘And this is where we are in terrible trouble,’ Fintan O’Toole wrote in the Irish Times in March: ‘The lovely phrase in the Belfast Agreement proclaims the birthright of everyone in Northern Ireland to be “Irish or British or both as they may so choose”. Implicit in it is the idea that Britishness is a choice that will always be available to those who want it.’

An award-winning historian, biographer, literary critic and political commentator, Fintan O’Toole writes for The Irish Times, The Guardian and The New York Review of Books. His recent book, Heroic Failure: Brexit and the Politics of Pain is a fierce dissection of the psychology and politics of Brexit, and a stirring call to preserve democratic values and rational thought.

He’s joined by journalist and historian Neal Ascherson, author of books exploring British and European history including Stone Voices: The Search for Scotland and The Struggle for Poland.

The event will be chaired by Catriona Crowe, former Head of Special Projects at the National Archives of Ireland. She is Ireland’s premier archivist and one of the country’s most respected social and cultural commentators.

‘Hovering over this whole idea of English self-government is the myth of standing alone. All independence movements have at their core the meaning of Sinn Féin – “Ourselves Alone”.’ Fintan O’Toole

‘It says a great deal for the power which Ireland has, both nationalist and orange, to lay their hands upon the vital strings of British life and politics, and to hold, dominate, and convulse, year after year, generation after generation, the politics of this powerful country.’ Winston Churchill, 1922

On Nationalism and Identity: Fintan O’Toole and Neal Ascherson with Catriona Crowe